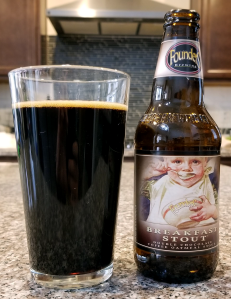 Verdict: Don’t get again, but don’t turn it down if there’ nothing else dark in the cooler. There’s nothing wrong with the beer (well, besides the label) but there’s nothing particular to recommend it either.

Story: There’s something very off-putting about this beer’s label. So much so that I had scrupulously avoided buying it and only drank it because my local store swapped it in for something that was out of stock. I’m sure that the label gets some drinkers to try it, but it did the exact opposite to me.